Life is obsessed with itself. Through the prism of a prickly theme Saccor explores the demanding grey areas, tenderly challenges wokeism and desperately tries to be part of the conversation rather than shouting, self-congratulatory into an echo chamber for the applause of its own assembly. We publish a range of articles and artwork from a range of different people.

The name Saccor comes from Saccorhytus coronarius, a long extinct tiny sea creature that has the appellation of the ‘earliest known ancestor of humans’. It dates back to over half a billion years and represents one of the first steps on an evolutionary path that eventually led to the emergence of humans. It’s also a deuterostome, like us, which means that the anus is first to form. It’s an embodiment of history and while we wait naively for the 'Hegelian theory of history' to do its thing, there’s fertile ground and a diversity of ideas and opinions that reinforce how everything is anything but straightforward.
Illustration by Apokryltaros 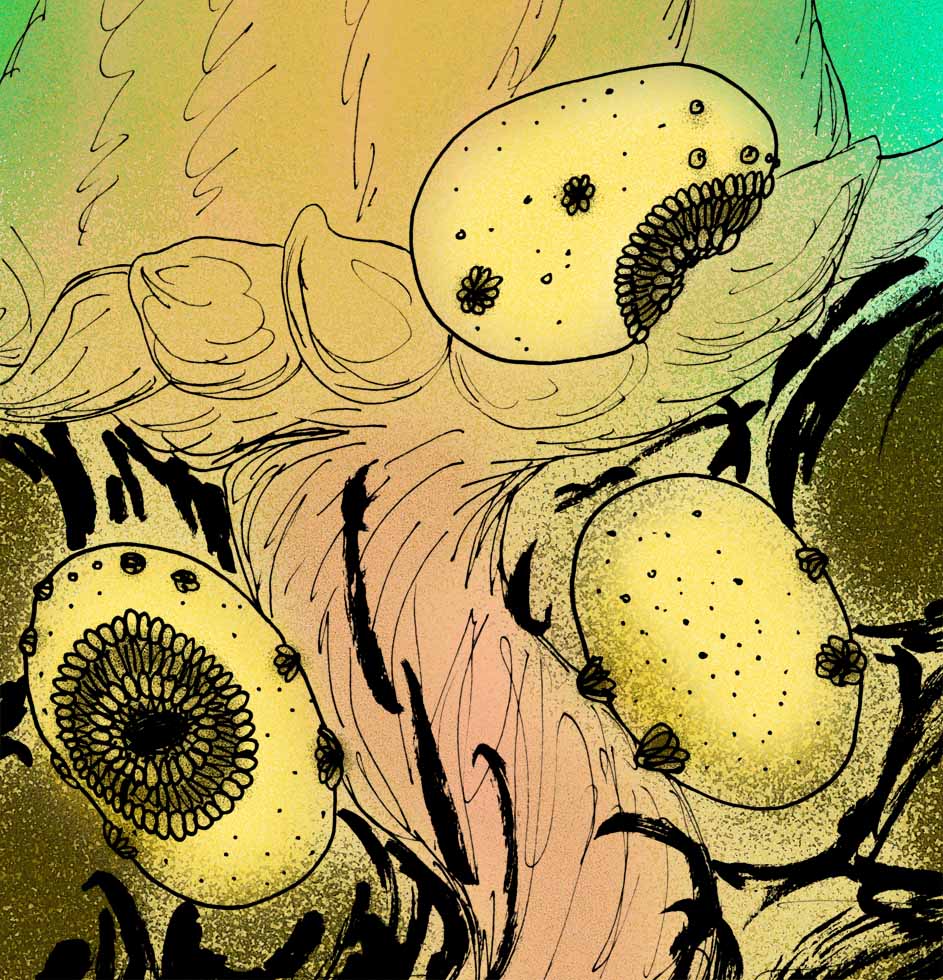