Sparing a Thought: The Horseshoe Theory, The Herd & The Heft of Freethinking 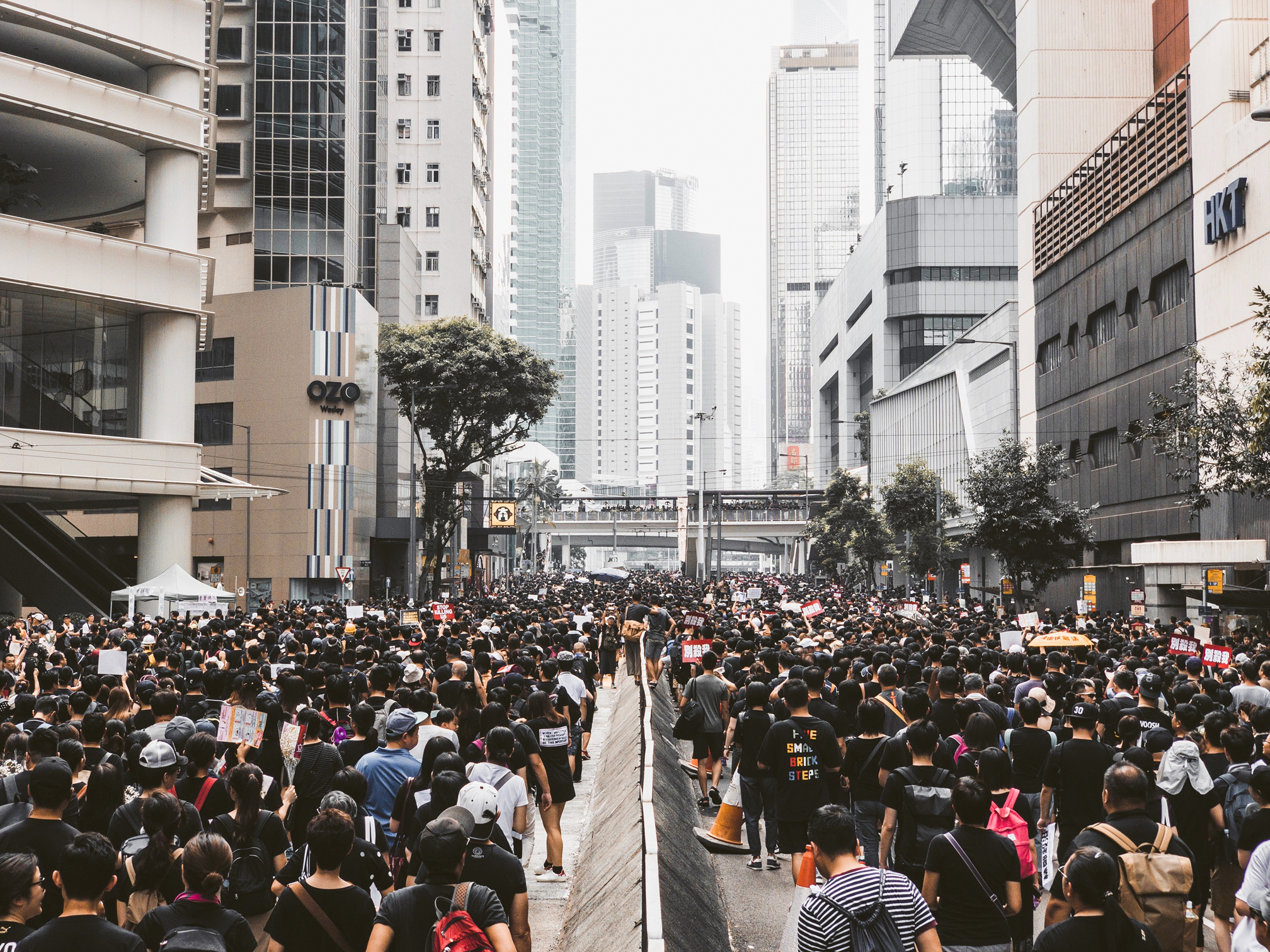 n an interview a few years ago, the wonderfully Taz-like and fidgety philosopher Slavoj Žižek was asked about his thoughts on the future of democracy, he said “lets be brutally frank… I don’t think people really want to decide – people want the appearance of deciding, but effectively, they want to be told what is right and what to decide.”

It’s easy to be misanthropic. It follows conveniently in the slipstream of defensible pessimism, patting the backs of those searching for a sense of advantage over their fellow man – which, let’s not pretend, is very satisfying. But it can lend itself to paternalism, a misreading of Camus, and worse, crappy defeatist ‘oh what’s the point? Fuck it’ platitudes from people that don’t vote or frequently forget what day of the week the green recycle bin goes out.
‍
“People want the appearance of deciding” – it’s a sweeping verdict of civilisation that makes Žižek look more haughty than usual.

It’s obvious isn’t it – that people prefer the comfort of group-thought to actual thinking? Most people want what everyone else has, they want to fit in. It’s just easier. Whether that’s born from mental laziness or a fear of epistemological paralysis, it’s a massive headache to not fit in. This is probably just as rooted to our safety-in-numbers biological survival mechanisms, as it is to the don’t-think-too-much cultural background noise of getting kicked out of The Garden of Eden because of an eagerness to be less oblivious.

Even if you were equipped with introspection after those prelapsarian times, to speculate the status quo or to search for affirmation was nothing but bother, suitably enough, moral progress was unhurried for hundreds and hundreds of years.

Nowadays, in the age of the Internet and protected human rights, we’re afforded the freedom to think and say what we want. But navigating and cultivating your actual free thoughts can still be difficult. Not because of recent scientific revelations about the nature of free will or anything like that, or because of the burgeoning sum of multivaried, transdisciplinary and sometimes conflicting information we have offered to us on any given topic, like the gender wage gap or Brexit, for example. It’s difficult because in modern secular society, ever since the Age of Reason, we’ve been encouraged to be individuals – the individual is solipsistically sovereign. And as social creatures this can still make the responsibility of having genuine authorship of our own thoughts overwhelming and the convenience of mental shortcuts tantalizing, even if it doesn’t seem that way.

The era of individualism has rightly engendered a diversity of ideas, but are most of us that much more immune to group-thought than our ancestors were? ‘Truth’ always finds a way of aligning with the individual’s identity; confirmation bias can athletically manoeuvre itself to minimise any overthinking that might grieve the ego. Nature seems to have ordained it this way and finding purchase on it is no easy feat, especially when voluntarily jammed into the echo chamber of a social media bubble, impatiently forming an opinion from the tit-bits of a recommended news feed.

The last few years have been characterised by political polarisation, identity politics and half decent cultural appropriation memes. It’s now become a popular trend to mock the left, mostly on account of the snowflake/safe space phenomenon spilling out from university campuses and the ironically bolshie outrage culture that’s risen from it. There’s been a clear breakdown of discourse as uncompromising radicals, prodigal with the currency of the word Nazi, refuse to engage with challengers.

‘Truth’ always finds a way of aligning with the individual’s identity; confirmation bias can athletically manoeuvre itself to minimise any overthinking that might grieve the ego. Nature seems to have ordained it this way.

Unsurprisingly, something that keeps popping up in debates about the war of ideas and the rise of tribal silliness from both the left and the right is the Horseshoe theory.

In political science the Horseshoe theory asserts that political positions are better visualised along a horseshoe – with left and right contrasts pushing away from each other only to eventually bend inwards with extremes appearing similar – rather than simply far-right and far-left opposites at the end of a lineal spectrum. Essentially, the further in each direction you go from the centre, the closer you get to authoritarianism – the antipode of individualism.

The theory oversimplifies the multidimensional compass-snapping Venn diagram of political thought. It’s another mental shortcut, a grey area free zone, reductive of the left and right schism that some contend makes a case for complacent centrism or ‘the truth lies between us’ argument. It’s clear that the totalitarian motive has always been to destroy individual liberty and that certain ideas can get bloody at the hands of feverishly keen ideologues, but comparing the economic policies of Hitler and Stalin or the social dogmas between Mussolini and Mao is convoluted – and boring.

However, for all its flaws, one thing it seems to inadvertently flag is that by and large your social group decides what you decide, not you. It’s not as contentious as it sounds. Few of us are impregnable to this and its markings are everywhere, to the extent that you can generally predict a persons view on immigration or religion by learning their attitude towards capitalism or abortion, or gun control or veganism – it needn’t be that way, it’s weird, there’s no logic to that. “I guess I think that about this, because I (‘we’) think this about that”.

The philosophy behind the theory alone underscores the potency of the herd effect and the impulse to sociability in man and serves as a beastly reminder that any horrible macro-cultural idea can multiply like microbial culture. Attention to these psychological snags ultimately begs the questions – how much of what we think is cultural conditioning and what is freethinking?

For the first question – probably more than we realise, especially if the dislocation felt from psychedelics is to be trusted – but the tabula rasa argument is spurious and trying to quantify all sources of thought and behaviour is likely to be fruitless until AI makes the grade.

For the second question – putting the doctrines of determinism and compatibilism to one side – the quiddity of freethinking is surely found somewhere in the following; not being stubborn; having the courage to be clueless; being well acquainted with your biases and prejudices; using scepticism as a tool, not too much though, don’t go mad with it; developing a strong sense of self, though all the while aware that it’s probably an illusion; not being selective with truth and evidence based knowledge; Facebook-free; resisting the urge to try and change an opponents mind by building into your argument a brazen contempt for them, no matter how toweringly stupid they seem to be.

Social conformity has a limiting effect on the intellect and self-actualisation. Freethinking does not, or at least has a less limiting effect. Freethinking is the fire we should all be dancing around if we have any respect for our brittle relationship with reality and not wanting to sleep through it all on autopilot. Avoiding lazy thinking by doing your own heavy lifting is laborious, but it’s massively important not just for a healthy self but also for a healthy democracy. And it doesn’t (necessarily) mean you’ll be politically homeless, irreligious or nearing the fringe, your view will always mirror someone else’s.

Solidarity and collective action is a beautiful and vital thing; we can only achieve great things in society as a group, but a balance is needed between individual identity and group identity. The prize of a free society hangs on it.

Best left to vehemently anti-NPC philosopher Bertrand Russell for a precis; “When you allow yourself to think inexactly, your prejudices, your bias and your self interest comes about in ways you don’t notice. You can do bad things without knowing that you are doing them: self-deception is very easy. Clear thinking is immensely important”.

Incidentally, an interesting alternative to the Horseshoe Theory is the Political Compass or Jonathan Haidt’s Seven Hidden Tribes. ‡